H.E Sheikh Saoud bin Abdulrahman Al Thani, Ambassador for Qatar called on Minister for Defence, Mr. Pervez Khattak here in his Office Islamabad today. Minister for Defence welcomed the dignitary and conveyed that Pakistan attaches great value to its relations with Qatar. Qatar is an important country for us and has a key role to play in the region. Our relations with Qatar are very smooth governed by mutual respect and cooperation.

The Minister said that we need to work closely to further extend our cooperation beyond the economic domain to defence, military exercises and training of personals and joint ventures. Our military institutions are open for Qatari Armed Forces to avail maximum training facilities.

The Qatar Ambassador highly praised the efforts of the new government and said that we have every confidence that new government will deliver and we are ready to cooperate with it.

Later on Minister for Defence in a separate call on meeting with H.e. Mr.Tarek Dahrough, Egyptian Ambassador at Islamabad today, said that Pakistan considers Egypt a close friend and an important country in the region as well as in the Islamic World. Egypt and Pakistan share similarly of views on most regional and internal issues, especially those concerning the Muslim Ummah. Therefore, there exists a great scope for both countries to work closely with each other in diverse fields. The Defence Minister appreciated the principled stand of Egypt on the issue of Kashmir and briefed Ambassador on the present volatile situation in Indian occupied Kashmir.

The visiting dignitary acknowledged the existing scope and scale of cooperation in the field of defence between the two countries and desired to undertake the joint ventures in the respective field on progressive basis. 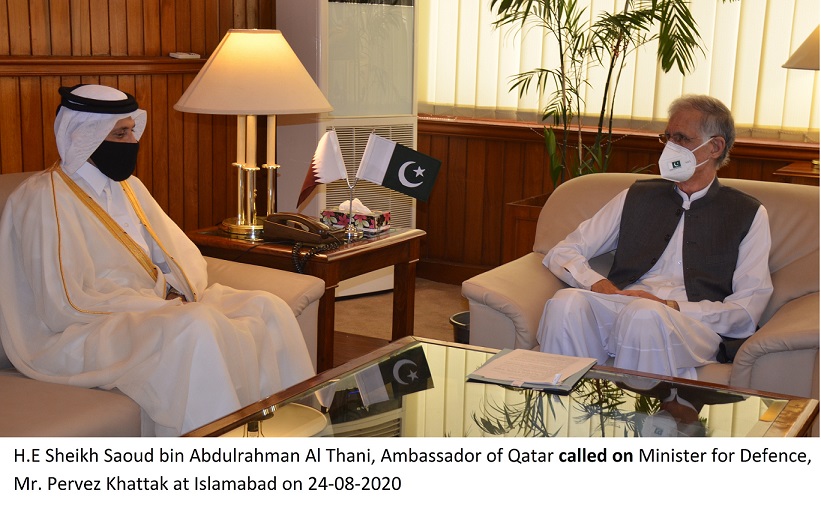 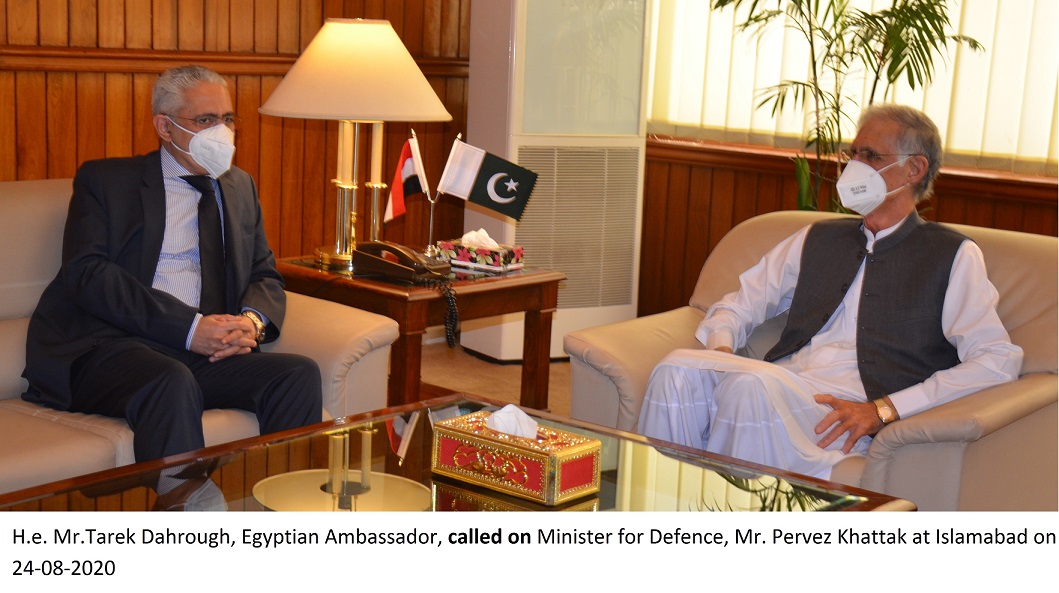